click on any picture to bring up a link to the album
last updated: wed 20 jul Mulatu Astatke - Mulatu of Ethiopia
Smooth jazz fusion from the horn of Africa. Mulato plays mystic vibes and sneaky tones, and especially track five,
"Kasalefkut-Hulu" takes us from the ECA building out into the poorest lit corners of Addis

Kenny Drew Trio
This record is cool. Philly Joe Jones tears up the drums and Paul Chambers plays the bass strings like a madman.
This one, as well as the 'morning' album that came out later in the 1970s, are some of the finest fast messy and
swinging jazz records. (morning featured a different bassist (Niels Henning Oersted) and a guitarist (Philip Catherine)
because it was recorded after Kenny Drew moved to Europe)

Gil Scott-Heron and Brian Jackson - Secrets
In my honest opinion, this is the best album by Gil Scott-Heron. The opener Angel Dust is an absolute banger,
and the rest of the album is jam packed with grooves of mass-destruction. Angola, Lousiana and Third World Revolution
are some of the finest funk/soul/fusion jams. max graef band - dog
instrumental fusion madness from some house guys from germany.
a solid 10/10 from me, incredible grooves!

roy ayers - ubiquity vibrations
incredible roy ayers album poorly documented on youtube, so I could only link to one song.
but if you see it pick it up, its usually not expensive! I've linked to my favorite song on the album, "searchin" 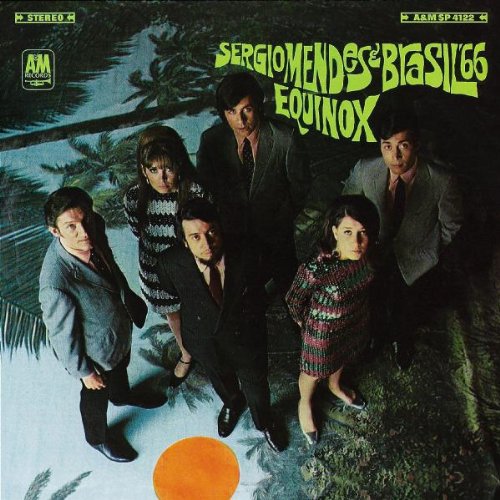 sergio mendes & brasil'66 - Equinox
the second album from Sergio & the Brasils! Listen out for "For Me"