Legend of the Sea Devils review

It's been about four months since Chibnall gave Thasmin fans more than they ever thought they'd get. After a long wait we got an easter episode that was... very much in the spirit of classic who. By which I mean it wasn't great.

I know you're supposed to start with the positive but I've got things to say about Thasmin later so I'll talk about the bad stuff first.

What first struck me about the episode was the at times questionable editing and bad effects. The cracks in the Sea Devil's stone prison were so bad that I'd expect to see them in a 2007 episode and definitely set the tone for the rest of the episode.
When Yaz and the Doctor arrived in the Sea Devil base it was very clearly serving BBC studio with fake vines from the dollar store.
These things and some of the wonkier writing didn't really bother me though. I've started to think of Chibnall era episodes the same way I do about classic who episodes so, especially since this episode was really just Thasmin with some plot slapped around it, I easily ignored all that.

The story itself wasn't bad but not good or memorable either. I was disapointed by how the Sea Devils were used since the Silurians and Sea Devils are such inherently political monsters. There are of course other Sea Devil stories that don't focus on this but those that discuss the subjects are always the best and most memorable.
Another (minor) thing that let me down was the pityful swordfighting by the Doctor, who is notoriously good at fencing.

Onto the good parts. The costume were great and there was some fun banter. Something I like about the Chibnall era is the over the top coloured lighting, it makes for great screenshots. There were some great shots like the one under water. The props were neat too. 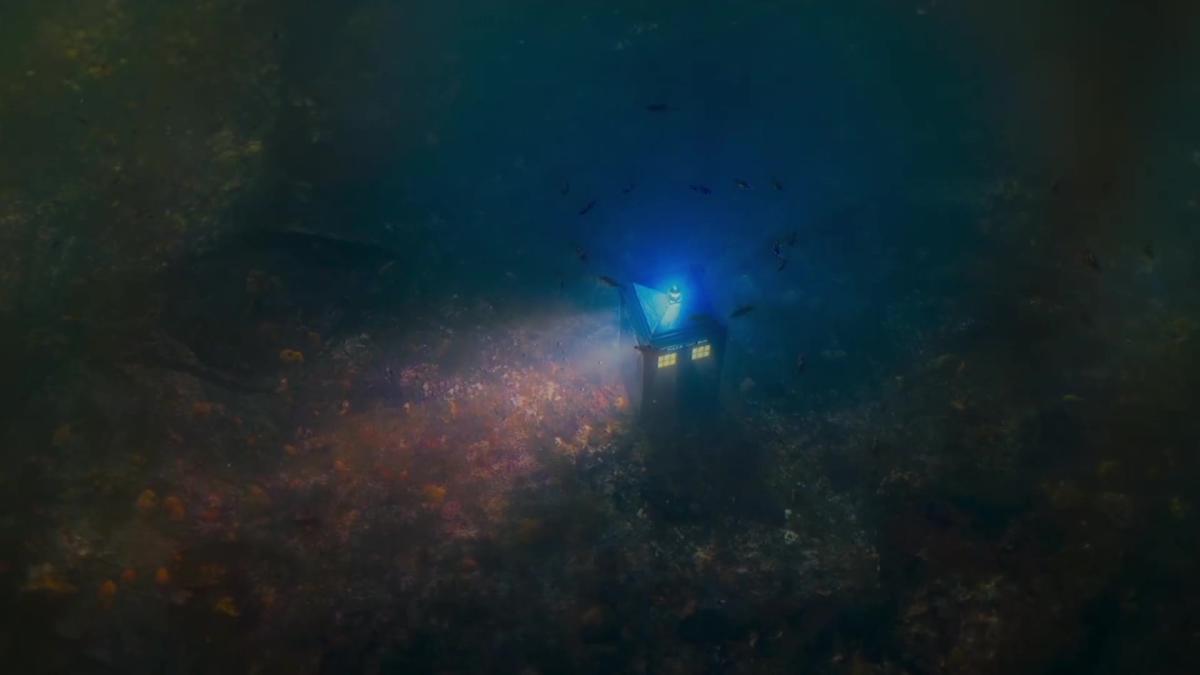 While I am not a fan of ships including the Doctor, I still enjoyed the Thasmin scenes. The acting and writing was great. Especially the ending was brilliant. Though I think it's very questionable to explore their relationship in this way for only 3 episodes, just before 13 croaks, I have to admit that they're doing it well. 13s little speech about not settling was very Dr Who and it's always nice to see this side of the Doctor brought up.

Too bad we'll have to wait even longer than 4 months for the next episode.